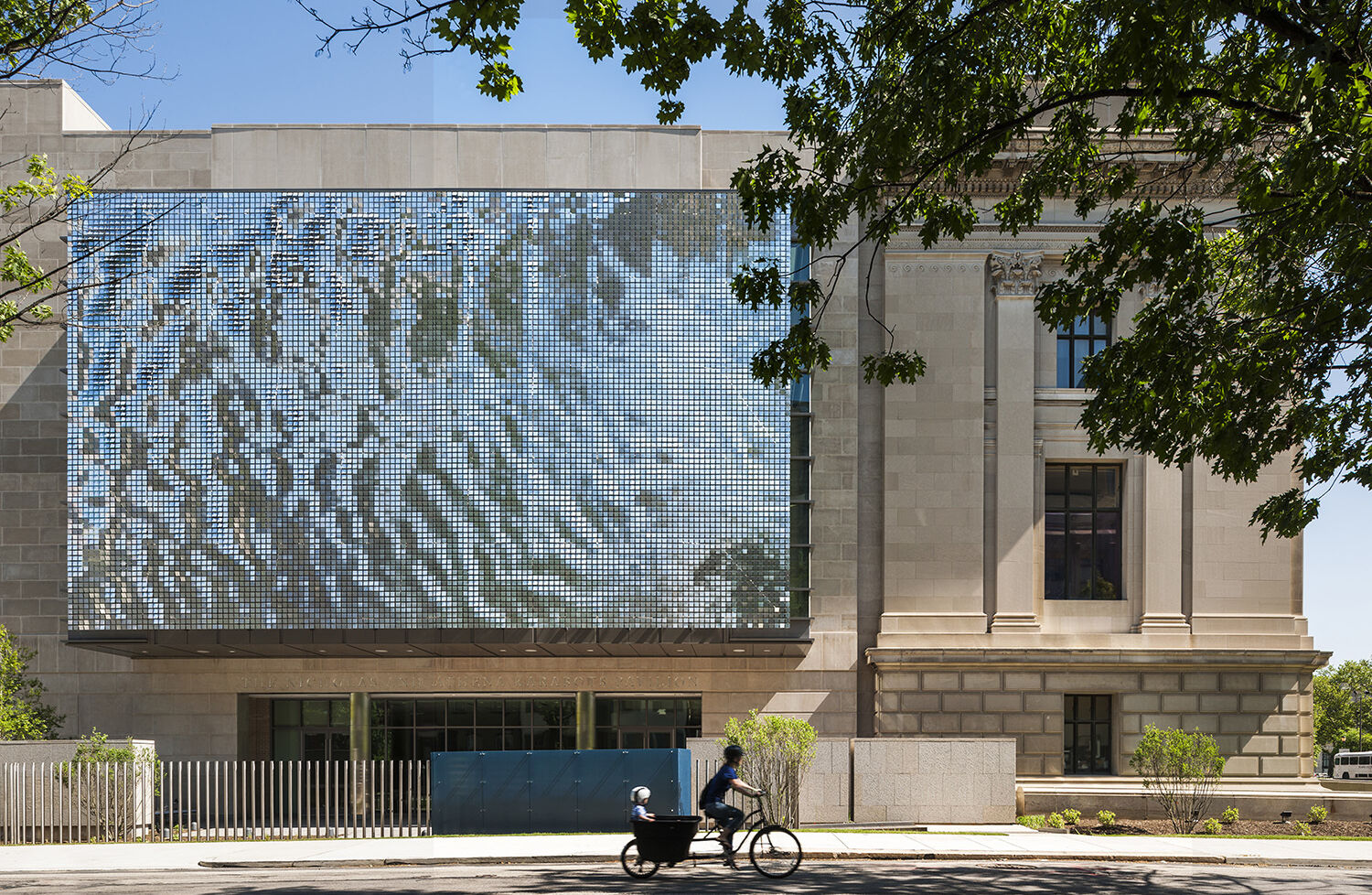 Designed and built in 1929, only a portion of the planned new science museum was constructed due to the Great Depression. The focal center of the new building was the Franklin Hall Rotunda which was designated as a National Landmark. Relevant to the MMA project, the Institute is also a significant historic institutional building connecting the central cultural and business area with a surrounding residential neighborhood. Since 1929 only one addition had been added to the original design until the occasion for JacobsWyper’ s commission for the new Karabots Pavilion. As
a prominent edifice on Philadelphia’s Benjamin Franklin Parkway, the new wing demanded a highly sensitive design compatible to the context of the architecture and approvable by the Philadelphia Historical Commission. The building is listed on the National Register of Historic Places as well as the Philadelphia Register of Historic Places. The Karabots Pavilion is a multistory addition that fulfills a need for additional exhibit, education and meeting areas within the museum. This project allowed the Franklin Institute to modernize facility systems, integrate new technology, significantly expand programming, diversify its revenue stream and accommodate additional visitors. Highlighting the connection between science and art, a three-story, kinetic sculpture, “Shimmer Wall” by Ned Kahn, is integrated into the architecture of the south façade.

View All Of Our Work
Contact Us
Sorry, your browser is out of date
The web browser you are using is too old to view this site. Please update your browser or use Internet Explorer 11 or the current version of Microsoft Edge, Firefox, Chrome or Safari. Thank you!